Periodically, the MRSEC posts scientific nuggets, i.e. brief one or two page descriptions of important scientific or technological discoveries and innovative new outreach initiatives which have resulted from NSF or other support. Feel free to explore the ones that we have provided here. The nuggets are in .pdf format.

Center researchers have found liquid crystal phases in systems of circular or spherical particles, a surprise since liquid crystals usually appear in molecules shaped like sticks or plates.

Graphitic Carbon Produced at Very Low Temperatures during the Synthesis of Iron Oxide NanoparticlesGraphitic carbon - structural forms of the element that are constructed exclusively from carbon atoms having trigonal planar coordination - is ordinarily produced under drastic physical and conditions, typically at temperatures in excess of 500ïâ€š° C.

A femtosecond laser is used to perform "nano" surgery on a living cell. The actin filaments in the cell have been fluorescently labeled using green fluorescent protein (GFP). 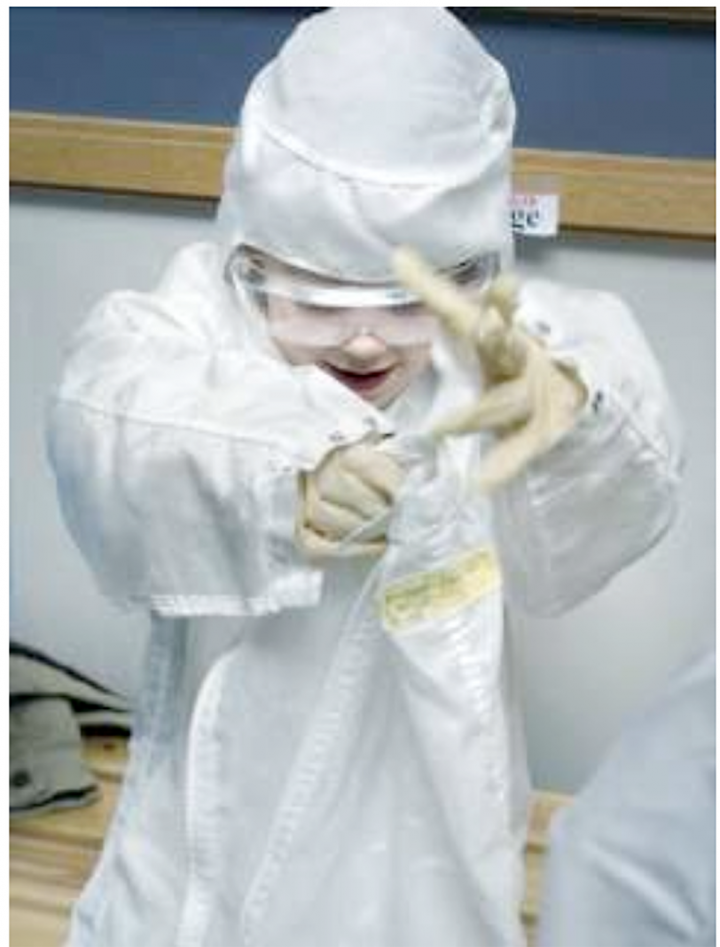 On October 20, 2006, the UMN MRSEC hosted 450 participants from the Minnesota FIRST Lego League “Nanoquest” competition. FIRST Lego League is an organization, which “introduces children around the world to the fun and experience of solving real world problems by applying math, science, and technology”*.

Magnetocrystalline anisotropy is found in many magnetic materials which means that the energy of a magnet depends on the magnetization direction. This keeps our windshield wipers moving and our toy magnets attached to the fridge. However, on changing the direction of the field that aligns the magnetic moments, the aligned magnetization normally remains nearly unchanged.

Anisotropic magnetoresistance (AMR) is the difference in the resistivity of ferromagnetic materials in external magnetic field when the field is applied along or perpendicular to the current.