Relationships between structure, memory, and flow in sheared disordered materials 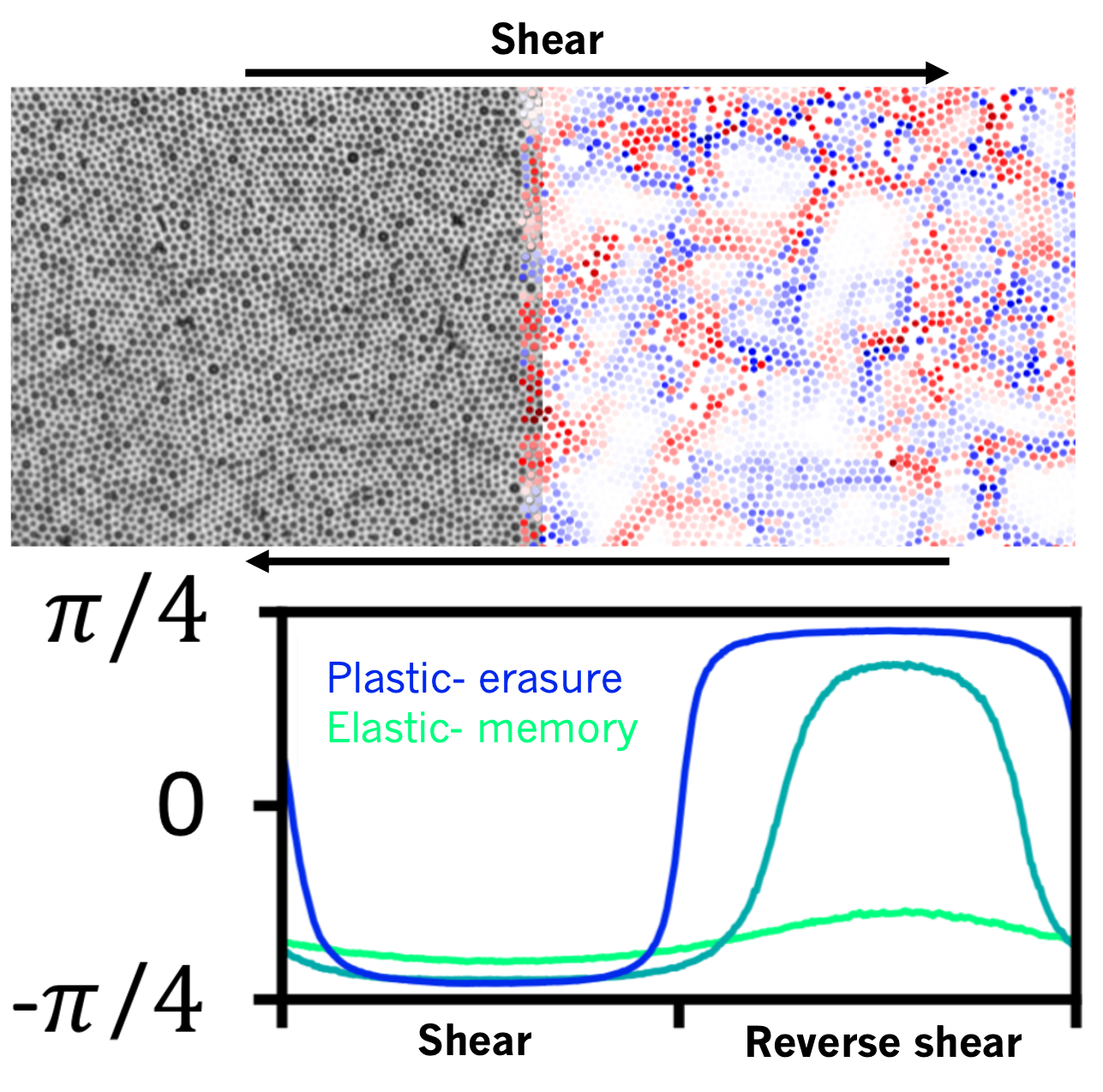 A disordered material’s structure and macroscopic mechanical response are related in a non-trivial way. By studying a 2D jammed colloidal system under oscillatory shear, our study elucidates this link in the transition from elasticity to plasticity based on microstructural signatures. We find that elasticity is accompanied by retention of orientation within the particle arrangements; even as the shear reverses, the orientation endures. As plasticity emerges, the orientation reverses along with shear. This fundamental observation has allowed us to describe the rheology of the yield transition based on the microstructure. We have: