The Roman God Janus has two faces, one to look forward plus one to look back, and now serves as inspiration for many to make ‘Janus particles’ with two (or more) functionalities.  Indeed, the successful design and engineering of future technology requires materials with increasingly complex structures. In areas such as delivery of a drug, biomedical sensing, and green-energy production or storage, the structures most desired are on small length scales ranging from several micrometers down to several nanometers.

Arguably, the most well-known, technologically important microstructure is the colloidal particle, formed by the phase separation of a molecule-rich phase stabilized by a layer of surfactant molecules from a solvent-rich phase. At the nanoscale, the most well-known structures are formed in water from the assembly of amphiphilic molecules (molecules containing both a hydrophilic and hydrophobic part) that generate cylinder-shaped micelles with hydrophobic cores and also spherical vesicles composed of membranes that surround an aqueous interior. By mixing anionic and neutral polymer amphiphiles and adding divalent cations, meso-scale domains can be made on cylinder micelles and vesicles - thus generating robust and ‘responsive Janus structures’.  The surprise is that domain formation is highly restricted and not a simple consequence of ‘negative attracts positive’.  The phase diagram appears well described by a relatively simple model in which entropy – the tendency to disorder – is critically important to understand for the ions as well as the polymers. 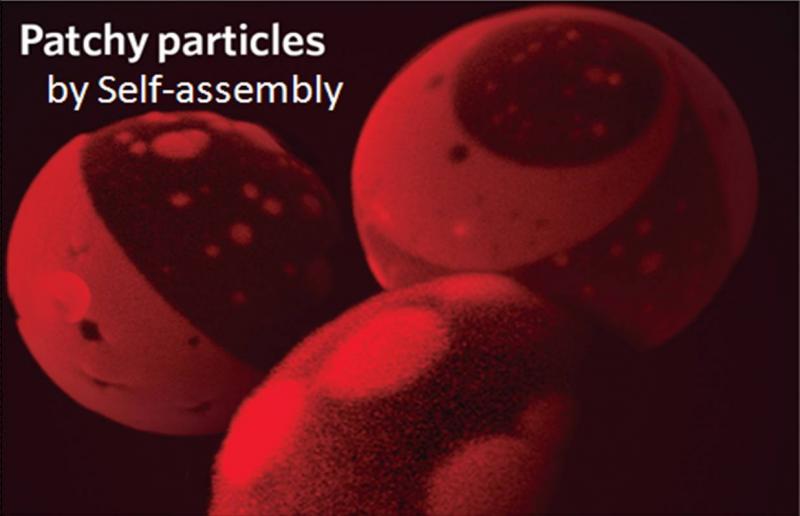