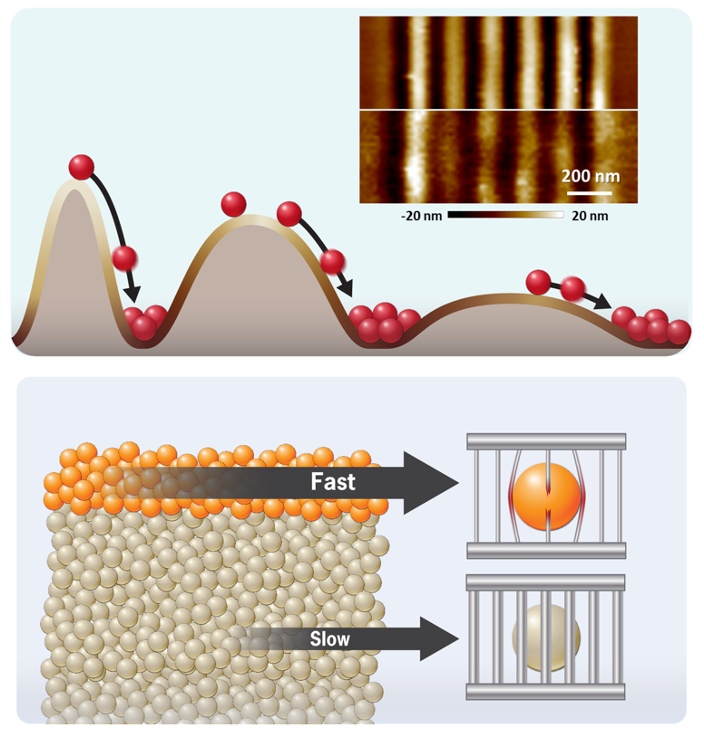 Understanding how atoms move is fundamental to making and using materials. Atoms on the surface of some glasses move at nearly the same rate as atoms on the inside. But for other glasses, surfaces atoms move a million times faster. Researchers in the Wisconsin MRSEC IRG 1 have combined experiments, simulations, and data-centric methods to understand why some surfaces are so much faster than others.

They found that atoms in glasses move by breaking out of a “cage” of nearby atoms. On the surface, that cage can be weaker than inside the glass, allowing for faster motion. They also discovered a relationship that predicts surface motion from more accessible data about bulk motion. Their results unify behavior for glasses of organic molecules, metals, and oxides and make creating glasses for applications like light-emitting diodes, quantum computers, and hard coatings easier.