Low temperature properties of glass and its connection to glass stability 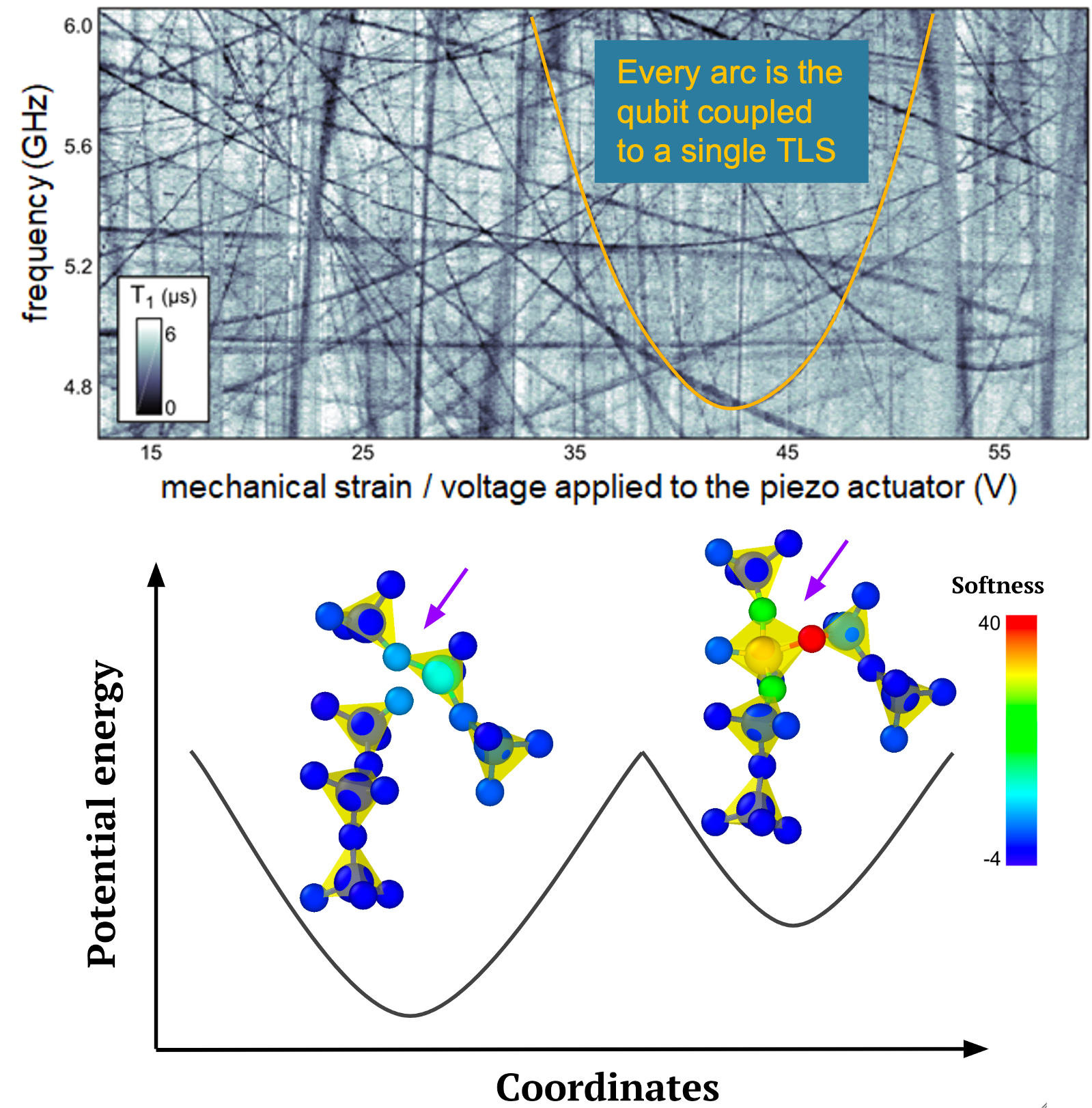 Because the structure of glass is random, some of the atoms can jump between two positions, with two different energies. The two atom configurations are called “two level systems” (TLS) and switching from one to another absorbs energy that interferes with the propagation of sound and the operation of qubits.

Wisconsin MRSEC IRG 1 developed a new theory describing how sound waves couple two level systems together. Experiments using a superconducting qubit measured the coupling of many TLS, one at a time, and showed that they are consistent with the theory. Machine learning applied to simulations identified the atomic arrangements associated with TLS and showed that as the glass grows more stable, the TLS density decreases.