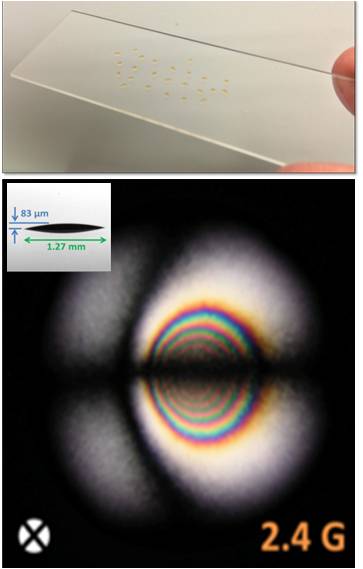 LCMRC researchers are
exploring the recently discovered ferronematic liquid crystal phase, revealing a dramatic polar
magneto-optical response to externally applied magnetic field in
millimeter-size droplets on glass slides, like the one shown.  With one sign of field normal to the slide
the molecules stand up also normal to the glass but for the other sign, shown
in the image, the molecules flip over, a reorientation heralded by the dramatic
appearance of birefringence above a threshold field.  This response represents a record-large
magneto-optical effect.