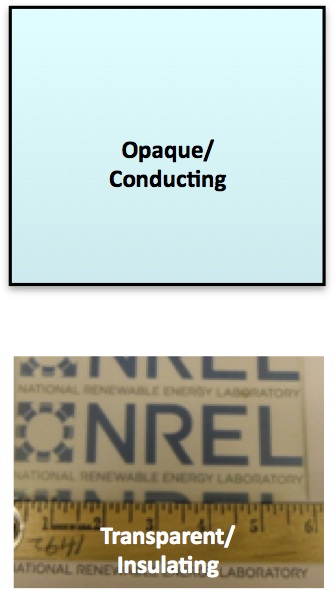 We
demonstrated an oxide-based TFT using electrochromic WO3 as the channel
material whose electrical conductivity is modulated through ion intercalation.
Applying a bias between the gate and the counter electrode reversibly alters the channel
between the off (WO3, insulating, transparent) and on states (WO3Lix,
conducting, opaque). This device is unique in that it bridges the fields of
conventional microelectronics, solid state ionics, and optics, and as such it has great potential for
diverse applications ranging from sensors to optical computing. An invention disclosure based on this work has been submitted.