Semiconductor nanowires grown with metal nanocatalysts are new materials that provide a basis for transformative improvements in diverse technologies including thermoelectrics and photovoltaics. Nanowire electronic properties depend strongly on incorporated impurity atoms, which have not been previously observed. Northwestern researchers and their collaborators have imaged single gold catalyst atoms in individual silicon nanowires, and measured the influence of the gold on the electrical properties. 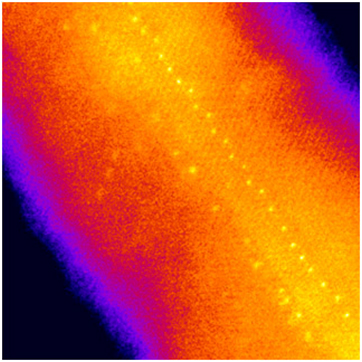