Center for Complex and Active Materials 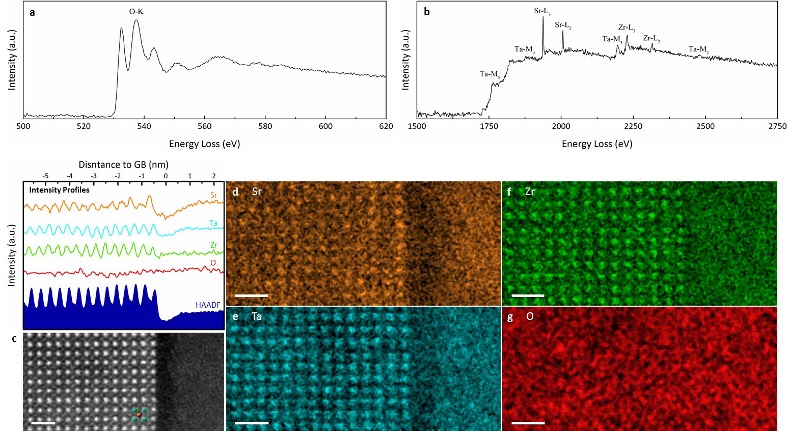 Scientific highlight
· Aberration-corrected scanning transmission electron microscopy and spectroscopy, along with an active learning moment tensor potential, were used to reveal the atomic scale structure and composition of LSTZ0.75 GBs.
· Li depletion, which is a major cause for the low GB ionic conductivity of Li3xLa2/3-xTiO3 (LLTO), was found to be absent for the GBs of LSTZ0.75.
· A unique defective cubic perovskite interfacial structure that contained abundant vacancies was discovered at the GBs of LSTZ0.75. We attributed the low GB resistance of LSTZ0.75 to this microstructure.
· Based on our results, we conclude vacancy and defect engineering can effectively improve GB ionic conductivity of solid Li-ion conductors, given that the material’s original structural framework should be maintained.