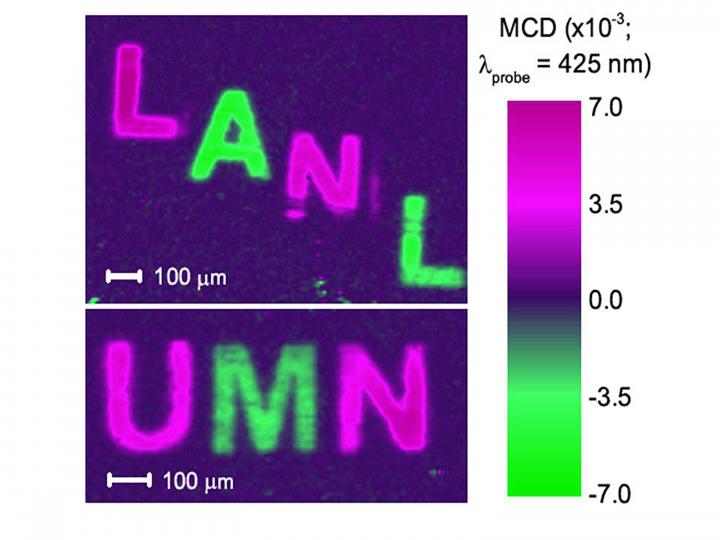 In collaboration with the group of Scott Crooker at Los Alamos National Lab and Greg Haugstad of the CSE Characterization Facility, graduate student Palak Ambwani and faculty member Chris Leighton have recently reported a remarkable finding in the area of complex oxides.

Polarization Control of the Magnetic State of a Molecule

Spin crossover molecules form a vast class of materials for which the magnetic structure can be altered at the atomic level by an external stimulus.

The University of Nebraska-Lincoln (UNL) leads a new $7 million research collaboration involving six universities to develop a new generation of electronic devices in partnership with an industry consortium.

Roughness insensitive boundary magnetization is a new concept discovered by Nebraska MRSEC researchers. It is a unique feature of magnetoelectric antiferromagnets, i.e.

The University of Nebraska held its fifth Conference for Undergraduate Women in Physical Sciences on October 24-26, 2013 under the scientific theme “Nano Trek.”

The Nebraska MRSEC Professor/Student Pairs Program brings in a professor and a student from non-research intensive four-year institutions to conduct research with Nebraska MRSEC scientists.

The LRSM topological insulator (TI) seed is investigating how the connectivity of electronic bands in momentum space can be used to topologically classify insulators and semimetals. The theory of topological band structures has been generalized beyond TIs to include topological semimetals, including Weyl semimetals, Dirac semimetals and other symmetry protected topological states.