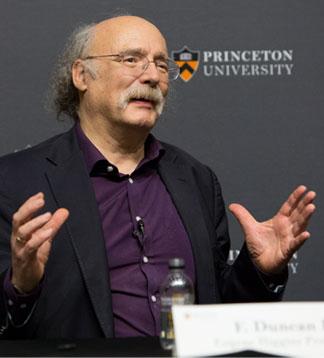 Princeton University professor F. Duncan Haldane has been awarded the 2016 Nobel Prize in Physics "for theoretical discoveries of topological phase transitions and topological phases of matter." He shares the prize with David Thouless of the University of Washington and J. Michael Kosterlitz of Brown University. Haldane is the Eugene Higgins Professor of Physics and an IRG-1 senior investigator at the Princeton Center for Complex Materials. Read more on News at Princeton.